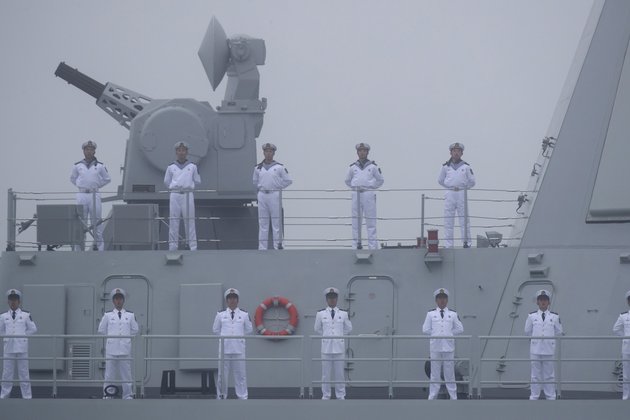 A Chinese survey ship has returned to Vietnam's territorial waters in the South China Sea, according to media reports, days after leaving the disputed Spratly Islands, where it had been involved in a nearly month-long standoff with Vietnamese ships that prompted rare protests in Hanoi and Ho Chi Minh City.

The Haiyang Dizhi 8, a ship operated by the China Geological Survey, had in July conducted a 12-day survey of waters near the Spratlys, with Chinese Coast Guard ships following in support.

At one point, China's survey intruded into an offshore oil block in Vietnam's exclusive economic zone (EEZ) off of the Spratlys' westernmost reef, known as Vanguard Bank, leading to standoff near the area that touched off protests in front of the Chinese Embassy in Hanoi.

Late last week, a Vietnamese foreign ministry spokeswoman said that the Haiyang Dizhi 8 had moved out of Vietnam's EEZ on Aug. 7 and toward Fiery Cross Reef, a militarized reef occupied by China farther out in the South China Sea.

But on Tuesday, the survey ship was heading back to Vietnam's EEZ under escort by at least two Chinese Coast Guard ships, Reuters news agency reported, citing information from Marine Traffic, a website that tracks vessel movements.

Vietnam's Ministry of Foreign Affairs had yet to respond to Reuters' request for comment at the time of the report on Tuesday evening.

Speaking to RFA's Vietnamese Service, Ho Chi Minh City-based maritime expert Dinh Kim Phuc said he expects China will "exert more pressure" following its return to the area that it claims along with the rest of the South China Sea-which Vietnam refers to as the East Sea-based on a sweeping U-shaped "nine-dash" demarcation line.

The line encompasses some 90 percent of the waters, including territory claimed by Vietnam, the Philippines, Brunei, Malaysia, Indonesia, Thailand, and Singapore.

"My guess is, if the East Sea doesn't see any new storms, and if economic negotiations [over the trade war] between China and the U.S. don't end well for China, then Beijing will apply more pressure than it did the first time," he said.

The return of the Haiyang Dizhi 8 to Vietnam's EEZ came as U.S. Secretary of State Mike Pompeo-who has criticized Chinese "coercion" in the disputed South China Sea-met with China's Central Foreign Affairs Commission Office Director Yang Jiechi in Washington on Tuesday to discuss the state of relations between their two countries.

"The issues of Vietnam's sovereignty and jurisdiction in the South China Sea depend on U.S.-China economic relations, and if China agrees to pay the price in this relationship by bowing to U.S. pressure, Vietnam will be the place that China focuses on as part of a bid to rescue [Chinese President] Xi Jinping's image," Phuc said.

But Phuc suggested that Vietnam is also unlikely to back down from a challenge by China within its EEZ because it has no way to replace the revenue from lost petroleum contracts in the area, and because the government does not want to appear weak in front of a public increasingly frustrated with Chinese belligerence in the South China Sea.

"If Vietnam decides to go one step further, it is advisable for the government to invite journalists from other countries to see China's infringement on Vietnam's sovereignty for themselves," he said.

"I suggest that the Vietnamese government listen to all domestic and foreign analysts to determine the best countermeasure for dealing with China, not just because of the Haiyang Dizhi 8 situation, but to devise the best strategy to cope with future actions by Beijing in the South China Sea."

Over the weekend, a group of well-known Vietnamese scholars gathered outside China's consulate in Ho Chi Minh City to protest the movements of the Haiyang Dizhi 8, dispersing only after an angry exchange with police, sources told RFA.

The gathering followed an Aug. 6 demonstration by 10 activists outside the Chinese Embassy in Hanoi, which was dispersed by local authorities after protesters held up signs and shouted slogans in protest of China's actions in the South China Sea.

New inhabitants of Ayeyawady, Chindwin and Sittoung Rivers of Myanmar 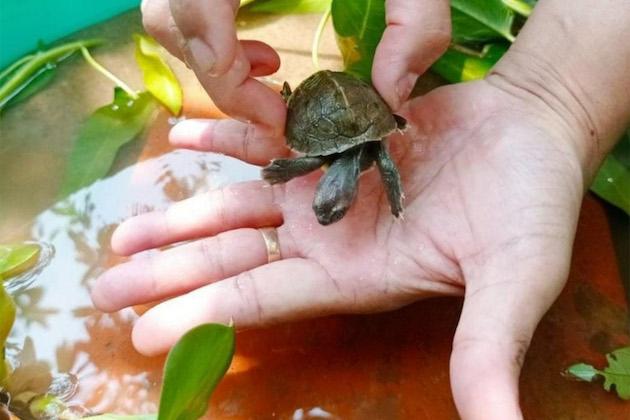 Myanmar roofed turtles were born in Lawkananda Wildlife Sanctuary for ten years in Bagan of NyaungU Township of Mandalay Region. ... 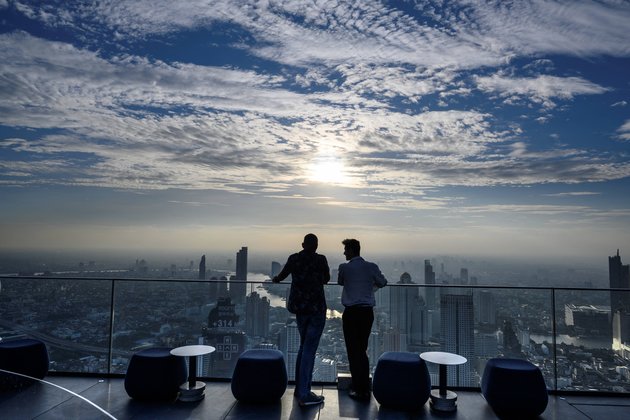 BANGKOK - Alec Goldman, an American educator who has made a life in Bangkok, wants to get vaccinated.Right about now ... 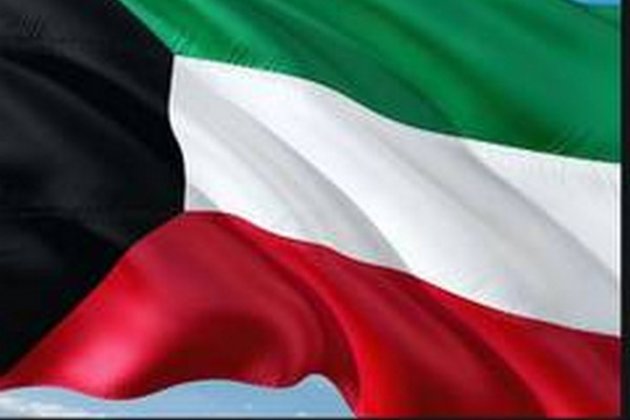 Kuwait City [Kuwait], May 11 (ANI): Kuwait became the latest country on Monday to ban entry of flights and travellers ... 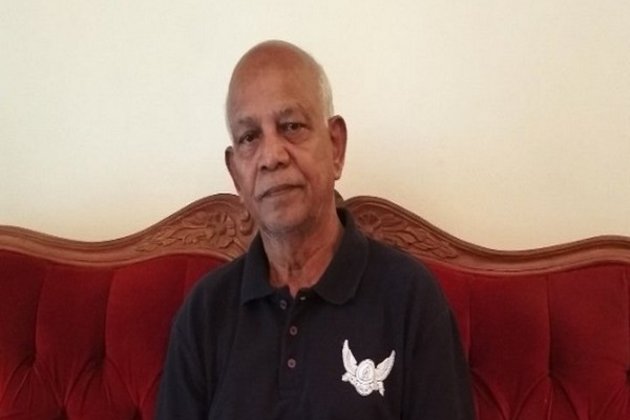 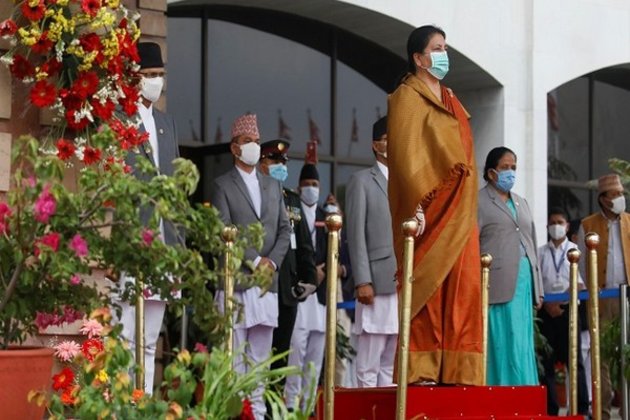 Kathmandu [Nepal], May 11 (ANI): Major opposition parties of the Nepali parliament have started preparations to form a new government ... 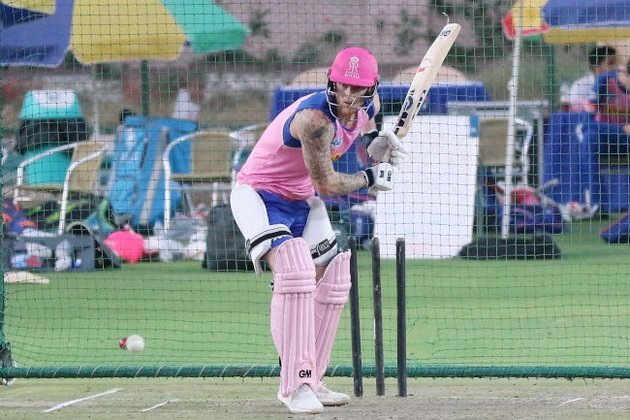 England stars such as Ben Stokes, Jofra Archer and Jos Buttler have been told their international commitments will have to ...

WASHINGTON D.C.: Sections of a Chinese rocket are expected to reenter Earth's atmosphere this month.While the sections are being tracked ...

LIVERPOOL, England: A 108 year-old menu has been discovered by workers who were renovating a cafe in England.While working on ...

KENT, Washington: Spaceflight company Blue Origin will sell a seat to the general public on its first crewed flight to ...

China should consider "long-range strikes" if war with the West eventuates, according to an editorial in the country's pro-government newspaper ...

ROME, Italy: Two young Americans have been sentenced to life in prison for the 2019 slaying of an Italian policeman.Found ...